One of JGIA’s NYLC members recently met Damien Mander and wrote about his experience.

The Story of the Rhino 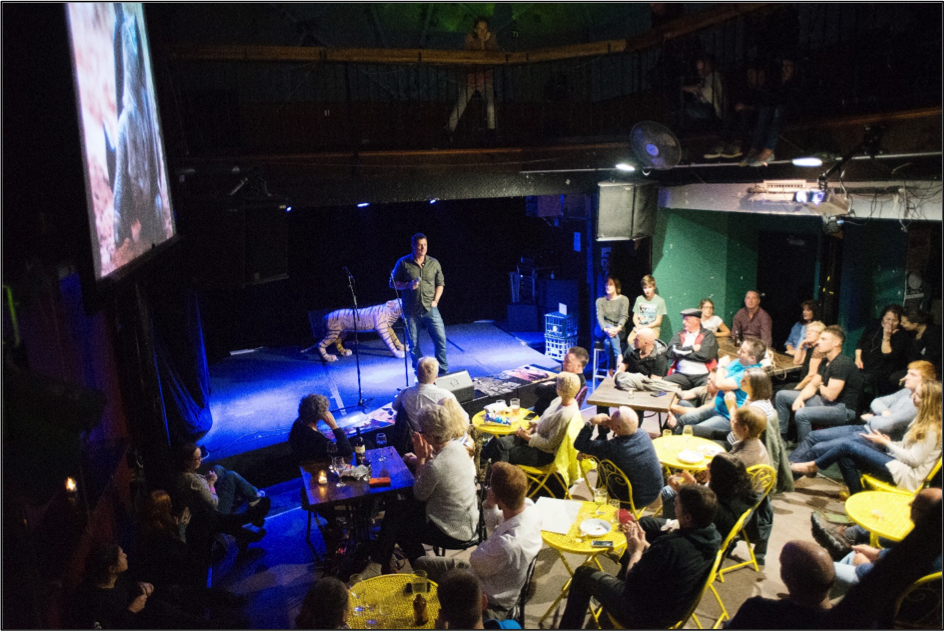 Many of us are familiar with the unicorn. Many children grow up reading stories of these graceful and mystical creatures, characterised by the single horn protruding from their foreheads. Although several scholars were convinced of its existence, we know today the unicorn does not exist.

Yet, one animal that fits the description of a unicorn closely still exists today. The Rhinoceros, with its powerful horn has existed on earth for at least 50 million years. Yet today, in the age of humans this defence adaptation is deeming the rhino powerless in the face of human greed. Rhinos are being hunted to extinction and their populations have plummeted by 95% since the start of the 20th century. If the rates of poaching continue, the rhino would only exist in stories and photographs in the very near future. Yet, unlike the unicorn, the fate of the rhino rests in our hands.

“What we are doing to rhinos and elephants reflects what humans have become as a species.” These are the powerful words of Damien Mander, whose story I have come to listen to in a Melbourne hotel. I am joined by several conservation enthusiasts, young and old from different walks of life. There is a prominent attendance from members of other conservation groups and there’s even an international cricketer who has come to show his support.

Damien, a former Navy Clearance Diver and Special Operations officer, is the founder of the International Anti-poaching Foundation (IAPF). After serving in Iraq for several years he is using his military training to train anti-poaching rangers in Africa to fight a different war: the war on poaching. Damien makes it clear that he wants to be part of the “last generation that is having a negative impact on the planet.”

The war on poaching in Africa is a conservation crisis many of us are unaware of. Each year thousands of rhinos are killed for their horn, which is used in Asia in traditional medicine and as a status symbol. It is staggering that a kilogram of rhino horn, made out of keratin, the same substance that makes up our nails can fetch up to $75 000 on the black market. According to the Worldwide Fund for Nature (WWF) the illegal wildlife trade is one of the world’s biggest black market industries fetching approximately $19 billion annually.

Much of the audience is wiping away the tears at the conclusion of a video Damien has shown us of a rhino who to be put down after poachers had hacked her horn off. The rhino is lying on the ground in a pool of blood unable to move as Damien explains that putting her down was the only way to put her out of her misery. Damien tells us that the ranger who had to put the rhino down broke down straight afterwards. No one is holding back their emotions in this room. 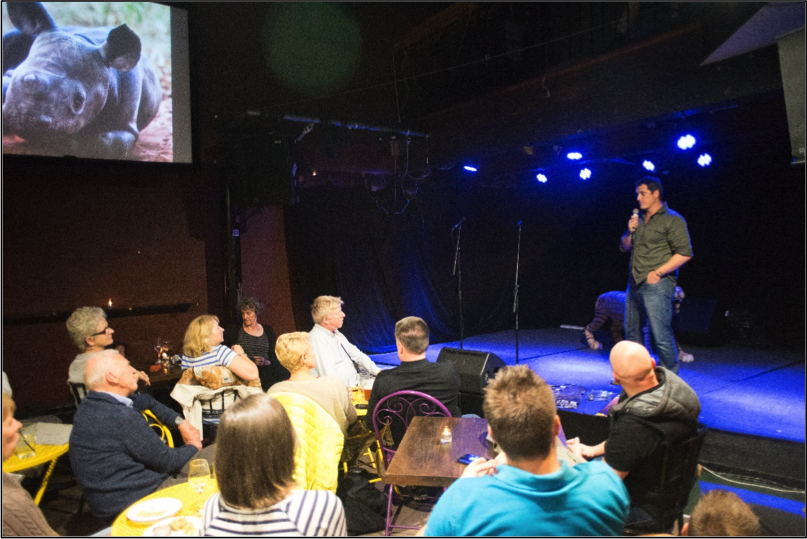 “We work to protect the hardest animals to protect. When you protect the rhino and the elephant you protect their ecosystem and every other animal in that ecosystem.” It’s clear from the way he talks that Damien loves the challenge. Although I am at the back of the room, I feel the passion, grit and determination in Damien’s voice and his aura resonates throughout the room.

Damien’s work means that he has to spend eleven months of the year away from his young family to protect some of the most iconic species to have roamed our planet. Species that are now on the verge of being lost forever due to humankind’s unrelenting greed for material goods at the expense of other species who we share our planet with. Damien puts it all into perspective, “There comes a point in your life when you realise it’s not all about yourself.”

How did Damien manage to convince his rangers that rhinos and elephants are worth more alive than dead and are worth risking their lives to protect? “When you give them a uniform, make them feel important, make them know their job is special, that’s how we can make rangers really commit to their job,” says Damien, that passion resonating from his voice once again. Damien explains that spending time with rangers, training with them, motivating them and providing them with incentives has enabled him to create a bond with the rangers. They are his family away from home and in the vast African wilderness they are in this together.

I had walked into Damien’s talk with the thought that the poachers who kill rhinos and elephants in Africa were poor villagers who had resorted to killing to make money so that they could support their families. Damien tells me otherwise and that rhino poaching is on a different scale altogether. “We are fighting organised crime, a guerrilla war.” Damien goes on to explain that there are five levels in the hierarchy of rhino poachers, from those who do the killing all the way upto the kingpins who plan and oversee the operations. Damien and his team at IAPF tackle those on the lower levels of the hierarchy, working to stop the poachers directly, while several other organisations target those higher up on the scale and work to reduce the demand for illegal wildlife products.

Previously a rhino poacher faced minor penalties such as a fine of $20, whereas for stealing a cow you could spend upto 10 years in prison. Now poachers face heavy fines and imprisonment of upto 10-12 years. Governments in Africa are beginning to realise that if severe punishments are not handed out the rhino could be lost on their watch. 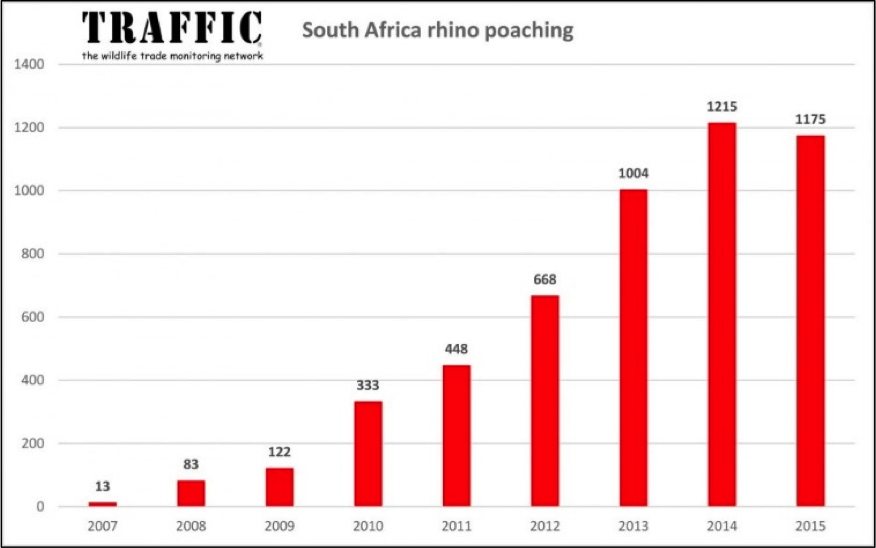 Although we could still lose the rhino in ten years if current poaching rates continue there are reasons to be optimistic. Applause fills the room when Damien presents us with a graph showing the decline in rhino’s poached in 2015 compared to 2014. The work of Damien and his team on the border between Mozambique and South Africa has resulted in the re-establishment of a population of rhinos in Mozambique, where they were previously declared extinct. Their next step is to secure the western and southern borders of Kruger National Park, where 80% of Africa’s rhino population is found. But Damien knows there is still a long way to go to win this war.

I walked out from this talk with a new sense of optimism for the rhinoceros. Organisations such as Damien’s are beginning to have success in reducing rates of poaching in Africa and I was convinced that together with new technology like drones, rhino conservation would continue to benefit in future. Damien won’t be part of the last generation having a negative impact on the planet. He is already leading a new generation that is working towards a positive change for our wildlife. 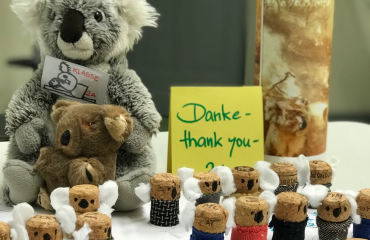 “You cannot get through a single day without having an impact on the world around you. What you 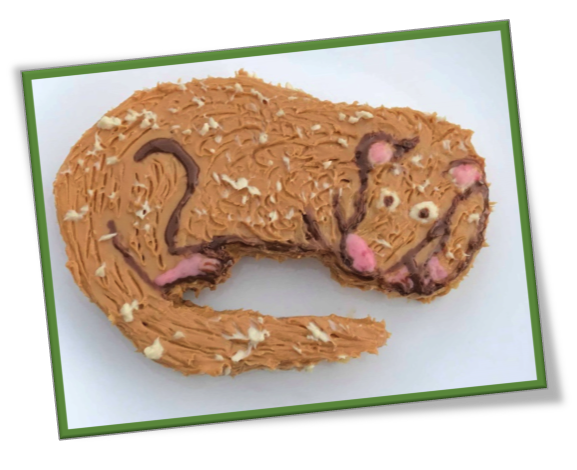 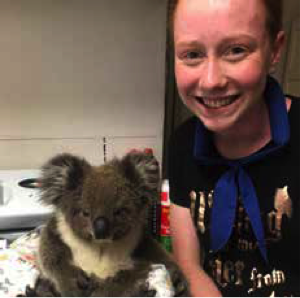 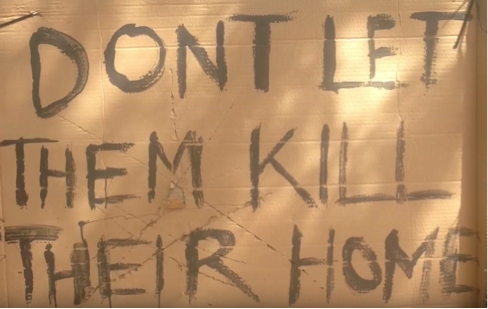